Airlines must brace for change 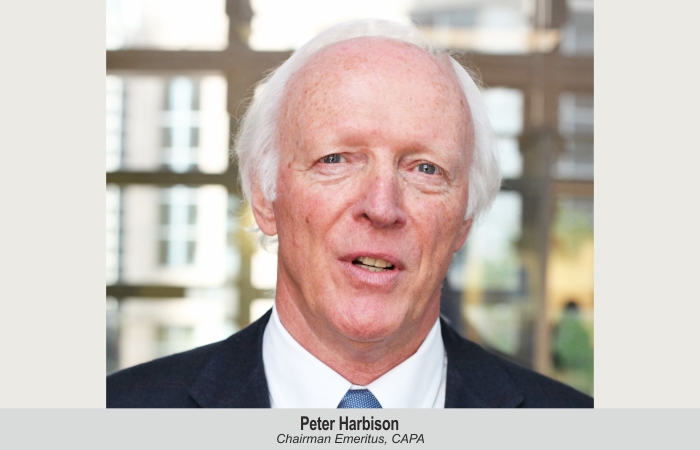 Peter Harbison, Chairman Emeritus, CAPA – Centre for Aviation, shares his perspective on what countries need to do to be able to open up quickly and what airlines can expect from the second half of 2021. He says the next 18 months will result in airline losses

We’re 15 months into what has been a catastrophic period for the airlines, says Peter Harbison, adding, “The positive now is that we do see some green shoots, particularly in the US. But, there are many parts of the world where the same is not true. They’ve been much more risk tolerant than other parts, the big contrast being with Asia Pacific, where coincidentally, there is now a new wave in many countries. It’s very much a mixed story overall.”

The critical thing though, he adds, for many is that the next 18 months, for various reasons, will result in airline losses. Harbison says, “Consolidation is something we talk about quite often. Consolidation’s extremely difficult internationally, so it does tend to translate to losses. So step one, we need to control COVID. There are lots of passports, the two biggest of course are coming from IATA and more recently, the Green Pass that the EU is developing with common standards, not necessarily commonly accepted yet, but the process is going to have to be with all of the different airline passports as well, and different commercial organisations, some travel agents, for example. They do have to coalesce around perhaps the IATA passport or another.”

International traffic is projected to be in the range of 16-21 million passengers, and again, based on current settings it is likely to be constrained towards the lower end of the range because of border restrictions, market access and other strategic risks. However, international traffic will be particularly sensitive to discrete decisions taken by governments on such matters, which cannot be predicted.

Airlines are estimated to need closer to $5 bn of recapitalisation in FY2022 just to survive, including requirements generated through the course of FY2021. Out of this it is estimated that around $1.1bn is in the pipeline in the form of IPOs, QIPs and other instruments.