Tourism from India to resume 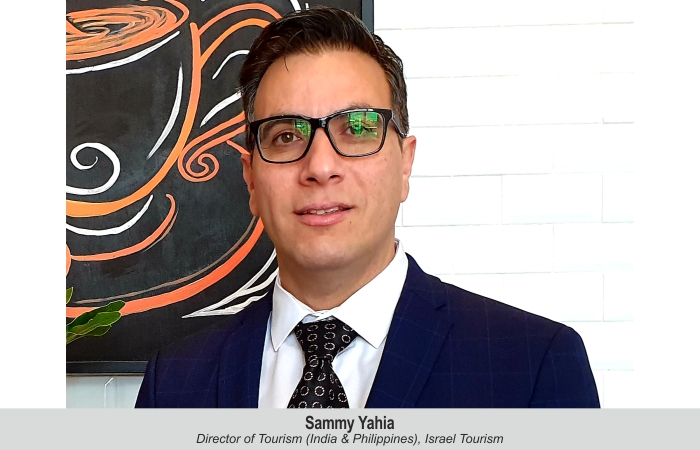 In an exclusive interview with TRAVTALK, Sammy Yahia, Director of Tourism (India & Philippines), Israel Tourism, discusses what measures his country has been taking to reopen its doors to vaccinated tourists and when can Indian passport holders expect to visit Israel.

Is Israel open to travellers from India on tourist visas if fully vaccinated?

I am very optimistic that tourism between India and Israel will resume soon, with changes to the quarantine requirements as currently only select groups can enter Israel. According to a statement released by the Ministry of the Interior in June 2021, vaccinated foreign nationals will be able to enter Israel beginning July 1, 2021. We are expecting to receive additional directives, including the list of countries from which tourists will be allowed into Israel, and which vaccines will be accepted.

Is Israel looking at increasing flight connectivity from India?

Before the spread of COVID-19 caused a nationwide shutdown in India, The Israel Ministry of Tourism’s India Office had started discussions with some Indian commercial carriers to consider a new route to Israel – connecting Indian cities to the resort city of Eilat in southern Israel, known to the India market for MICE movements. In recent years, Indian travellers have become familiar with the cities of Tel Aviv and Jerusalem, and now we want to introduce them to the resort city of Eilat, on the shores of Red Sea. So we want to make progress with potential flight routes when the demand comes.

Has there been a change in strategy for Israel Tourism for the India market?

India has been a ‘must watch’ market for the world for its requirements and always evolving.  Over the years we have noticed changes in the traveller trends. Bleisure travel has been increasing among business travellers, who extend their visits to include a few days of leisure. There have been changes in the group travel as well with more families travelling together and not as part of organised tours, holidaying with friends, bachelor/ bachelorette trips, as well as an increase in solo trips. In addition to continuing our focus on leisure travel, MICE, faith-based tours and other group travel, we have increased focus on edu-tourism, sustainable travel and LGBT focused travel.

What developments have happened in Israel over the last year in terms of infrastructure?

In the next two years, new hotel brands including the world-renowned Nobu, Soho House, Mandarin Oriental and Six Senses are expected to open in destinations like Tel Aviv, the Dead Sea Region, the Negev and Jerusalem.
During the lockdown, many tourism sites were upgraded and new features were added. A new addition is the Emmaus Trail which begins at the village of Abu Ghosh, about 10kms west of Jerusalem, and is set against the background of the Judean Mountains and their foothills. The Tower of David Museum has also been making upgrades by revamping the permanent exhibition as well as building a new entrance.