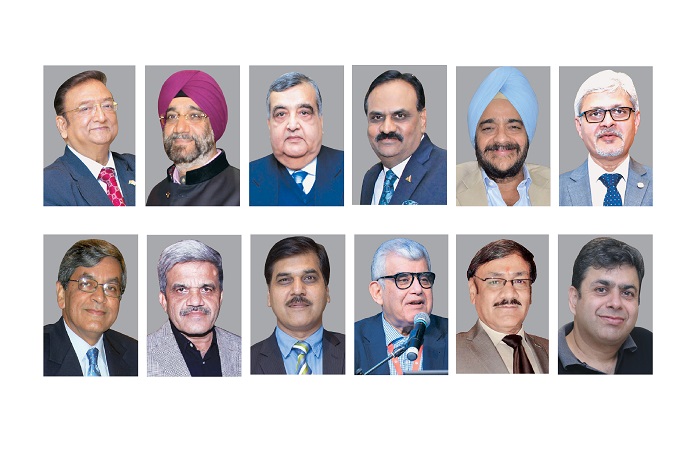 Last year, trade associations took up a number of initiatives, including educating members on trends & technology and organising conventions for knowledge sharing. They now look forward to a more progressive 2020 with new members and chapters they’ve added.

For FAITH, 2019 has been a successful year because of our big achievements, the biggest of which was that jointly with all the other industry associations, FAITH was able to convince the government to reduce GST rate on hotel accommodation from 28 per cent to 18 per cent on premium hotels and from 18 per cent to 12 per cent on hotel room tariffs up to ₹7,500. We were also able to get the e-Visa fee reduced along with liberalisation of the conference and medical visa.

We didn’t see too much growth this year in comparison to last year; it was almost the same. At the same time, initiatives taken by the government such as reduction of e-Visa fee and GST rates collectively helped the tourism industry to grow in a big way. We can expect good inbound business and I think, 2020 should definitely be better than 2019 for us. We are expecting good increase in the number of tourists to India, which will boost business further.

Among our many recommendations, two key ones saw a nod from the government and we are indeed grateful to the authorities. IATO made vigorous writings to MOT, Ministry of Home Affairs and even to PMO to reduce the visa fee when it was earlier increased. With our regular follow-up and with the support from MOT, the government made reforms to the e-Visa regime. Likewise, IATO made constant efforts for rationalisation and reduction of GST rates for hotels.

This year was fantastic for TAAI. The quantitative growth and qualitative development have been of great value to us. Be it TAAI Conclave, which we launched this year; our new initiatives; the manner in which we extended support to our members, hand holding them, everything helped us grow. Now, continuous education is what we should focus on in terms of getting members up-to- date with trends. In 2020, new agents will become part of TAAI.

India was ranked 34th in the Travel & Tourism Competitiveness Index 2019 published by World Economic Forum. As of 2017-18, 81.1 million people were employed in the tourism sector in India, which was 12.38 per cent of total employment in the country. With all these figures, the Indian hospitality industry is in its nascent. Although we hear that under Union Budget 2019-20, the government introduced a Tax Refund for Tourists (TRT) scheme, this is yet to become a reality.

We welcomed almost 65-70 new members, which was very encouraging. We had planned to get at least five to seven new members every month, which is an ongoing process. Besides that, we were invited by Bali Tourism Board for a Fam trip, which 25 of our members at- tended. They witnessed the various cultural aspects of Bali, which are yet to be promoted in the India market. We also did an interesting event at the Sri Lankan High Commission to promote the Ramayana trail.

Over time, many states have performed phenomenally well. Initiatives like reduced e-Tourist Visa fee for those coming to India and reduced GST have come as an incentive for the sector. In fact, we just had our AGM and some prominent hoteliers said that even in the months of September and October, which are considered sluggish, they witnessed growth in arrivals. 2020 is going to be better than 2019, but I would still say that these things will take a long time to show result. In fact, 3-4 months in not a long-enough period to analyse growth.

We organised a successful Asia Pacific Golf Summit in Gurugram (Haryana) in November, where more than 60 golf experts from all over the world were in India and it was the best platform to showcase India as a golf tourism destination. After doing the annual film tourism conclave in Mumbai, we have now been approached by the Uttar Pradesh and Rajasthan governments to organise the same in their respective states. In my opinion, now there are a lot of avenues which are good opportunities for tour operators.

In 2019, ICPB did a lot of things, but a major achievement was the Convention India Conclave organised in Kochi. We got around 30 international and 150 domestic buyers to the event. The buyers had a mix from associations, medical, non-medical and corporates. The response from exhibitors was also excellent, with 75 of them participating. In total, we welcomed 350 delegates. The President of International Congress and Convention Association (ICCA) also attended and gave the keynote address. All participants were very happy with our efforts.

Our prime focus this year was Joint Bank Guarantee for our members. We also increased the number of members participating in it to 217, up from 155 in 2018. We conducted APJC meetings where we spoke about collection of money from Jet Airways. Among other initiatives, we aligned with lots of destination management companies this year for knowledge sessions as well. Furthermore, TAFI Connect became active this year and our members have started doing business on the portal now.

Year 2019 was a year of accomplishments for the association. We took many initiatives this year, including opening new chapters as well as participating in many international and domestic events. We even did a successful convention in Gujarat with an unmatched attendance. The best thing that happened this year, in my opinion, is the focus and thrust on domestic tourism by the Prime Minister and the tourism ministry. The GST reduction has only made domestic tourism more affordable and viable for India.

In the last few months, we hosted knowledge sessions in Cyprus and Greece for our members. Apart from that, we organised an educational Familiarisation trip to Shimla and another trip to Rajaji National Park. Looking at the industry, people have understood that it’s time to change. We expect business to grow in 2020, just that we have to change the way we work. Tour operators have to turn into consultants and stay updated on ever-changing technology and trends.