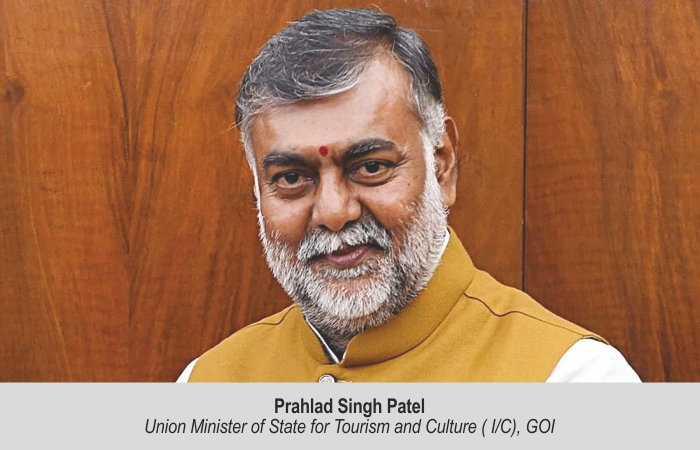 The Union Minister of State for Tourism and Culture ( I/C) has highlighted the role of younger generation and technology in promoting India’s heritage on the international forum since they are adept at technology and have more resources at hand.

The Union Minister of State for Tourism and Culture ( I/C) inaugurated the first-ever online exhibition on Ramayana. The webinar titled, ‘India’s Heritage: Powering Tourism’, organised by Ministry of Tourism highlighted the role of younger generation and technology in promoting country’s heritage. He said  that World Heritage Day has been celebrated since the  last 39 years while  our heritage is thousands of years old. Patel explained that India has a unique heritage which can’t be found anywhere in the world and protecting our invaluable inheritance is a collective responsibility which requires community participation and awareness in addition to the regulatory and administrative framework. “We now need to work seriously in the field of  heritage. It is the responsibility of the  younger generation to carry forward the task of promoting our vast heritage with facts and timelines. This can be done by them well since they are adept at technology and have more resources with the help of which they can trace history and events accurately. This should be taken up by them as a challenge,” he said.

The minister added that India’s heritage sites and temples have not received their due at the global platform. It is essential to bring together our pool of quality human resource comprising of conservationists, archaeologists and historians who can throw light on it and  take it on to the world platform in a professional manner. It is also important to keep building this pool of human resource,” he urged, adding, “We must have long term plans which will include systematic development of our heritage and showcase it at appropriate forums, with the involvement of the younger generation.” Minister Patel said that spreading awareness on historic sites are the need of the hour. Experts from diverse cultures have helped preserve the intangible heritage for our younger generations.”