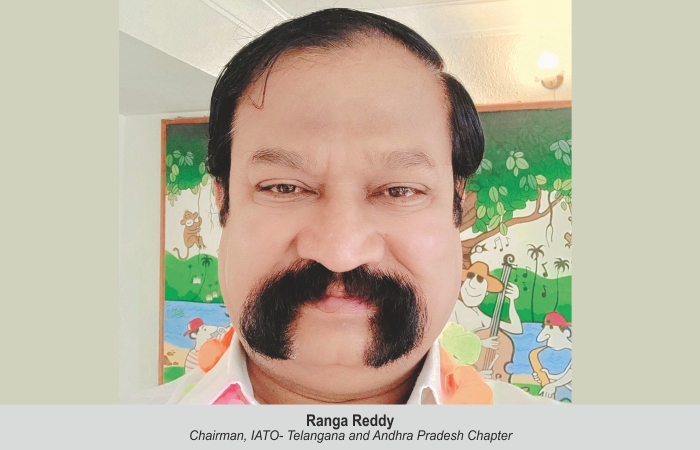 From medical tourism to leisure inbound, everything needs to be marketed in the right way internationally. This will make locals and tour operators aware who specialise in medical tourism, says Ranga Reddy, Chairman, IATO Telangana and Andhra Pradesh Chapter.

Ranga Reddy, Chairman, IATO Telangana and Andhra Pradesh Chapter said, “In terms of medical tourism, Hyderabad offers accessibility in terms of air connectivity, road or trains. The only problem is that the Telangana government does not participate in the global marketing and travel exhibitions among others. The tourism department must come out with a consortium of hospitals—with each hospital listing out its specialities and participate in the global and national roadshows. This will bring more awareness to locals as well as tour operators who specialise in medical tourism.”

He suggested that the state governments, while taking this consortium outside India, should highlight the various benefits and facilities available not only for the patients, but also for the attendants. “Presently, it is the private hospitals, which are doing that. But of late, even the government hospitals have jumped into the bandwagon. People from other states and countries arrive in Hyderabad for medical issues, including in-vitro fertilisation, fish medicine or treatment of acute bronchitis. People from Nagpur, North Karnataka, North East, tribals of Andhra Pradesh and Chhattisgarh come to Hyderabad,” claimed Reddy.

Reddy shared that people are making inquiries from September onwards. “They have given a lot of quotations, including specialisation in textiles, culture tours and outstation tours up to Goa. Hopefully, the inquiries may materialise. We are in touch with the other IATO Chapter Chairmen also in this regard. It is not because of COVID-19, but because of the season, which is not new. June-July are important months in Indian education system as students change institutions, go for admissions and settle themselves in new colleges,” he added.

When it comes to representing IATO, Reddy informed recently Prime Minister Narendra Modi has told Union Minister for Tourism G. Kishan Reddy to interact with the association members and resolve their problems to boost inbound tourism to India.

“They have levelled several things, including the MDA aspect and hopefully, IATO is looking into it,” he informed.

Reddy believes that inbound will not reach 2019 levels before 2024. “This is because people are still reeling under recession. They come from San Francisco to India, not only to visit India, but also to visit Sri Lanka, Myanmar and Nepal—a one round trip. These issues need to be ironed out. When all these things normalise, it will also boost inbound tourism,” he said. Foreign tourists, unlike Indian tourists, do not like to step out for sightseeing or any other excursions without guides. We met around 15 to 20 guides and none of them have any assignment since almost 21 days, which shows that there is no momentum of foreign tourists. In any case, we know from experience that May, June and July are the worst affected months, as far as foreign tourists are concerned, because of the hot humid and rainy seasons. During this period, every year it is dull, and it is not just ongoing COVID-19 phenomenon,” he claimed.

Not a state issue

Tourism, said Reddy, does not face all problems because of the state. “It has more to do with the government of India because all the tourists touch down at New Delhi first, and then go to other cities. Unfortunately, many flights are not operating directly to Hyderabad via Delhi or Mumbai. That is also a big drawback, and the cost factor is beyond the control. The problem is that the government has to concentrate to bring infra into tourism.