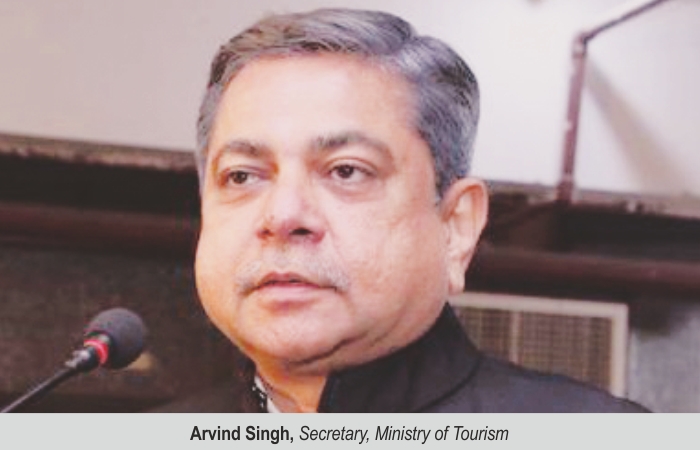 Women have left stereotypes behind, but now there is a dire need to encourage entrepreneurship among them.

Addressing attendees at the TAAI-WITT and FICCI-FLO webinar titled ‘Skill HER for Sustainable Tourism’ powered by TRAVTALK, Arvind Singh, Secretary, Ministry of Tourism (MOT), began by recognising the change that both society and economy have undergone. Where once a small number of women took up jobs in government and tourism, today they are representing almost all sectors. “Women have taken full advantage of access to education and other opportunities that came their way,” he asserted, adding, “The next phase would be to see women who have not had access to these facilities; are from rural areas, small towns and cities; or who are marginalised and not from strong economic groups, come into the mainstream, start by getting into micro entrepreneurship, or take up jobs in the hospitality sector. This way we will be doing a great service to the country and the economy.”

Quoting Christine Lagarde, former MD of the International Monetary Fund, Singh said, “When women do better, the economies do better and that is a worldwide phenomenon being experienced by all of us. Tourism has a pivotal role to play in achieving the commitments at the heart of the 2030 agenda for sustainable development.”

That said, Singh believes that while the potential for a gender-equal tourism industry is promising, there is still much to do to remove stereotypes, enable entrepreneurship and foster leadership by women. “Tourism is one of the routes through which women can be integrated into economic and social life. Entrepreneurship may help women, particularly those who live in rural areas where job opportunities are limited, and will help increase self-reliance as well as better their position within families and society, leading to their empowerment,” he suggested. Singh believes that financial incentives and support, technology and infrastructure, capacity building, advocacy and shaping attitudes including talking about gender-sensitive laws, policies and regulations can be a starting point in addressing gaps.

“A 2015 study by McKinsey found that narrowing the gender gap could double the contribution of women to global GDP between the years 2014 and 2025. A full potential scenario in which women participate in the economy identical to men, that’s the situation where around $28 trillion could be added to the annual global GDP by 2025. Such is the potential of increased participation by women in the labour force. The fact that such a large percentage of women have entered the non-traditional areas is testament to entrepreneurship being boosted not only by programmes and schemes of the Indian government, but by larger efforts of educational institutions and society,” he shared.

And what of having special zones for women entrepreneurs or for small businesses by women? Singh claimed that state governments have programmes in place, and the Central government has schemes like PRASHAD and Swadesh Darshan which will have sizeable investments. Furthermore, if TAAI and FLO could coordinate with MOT on the matter, they could develop something at these places.