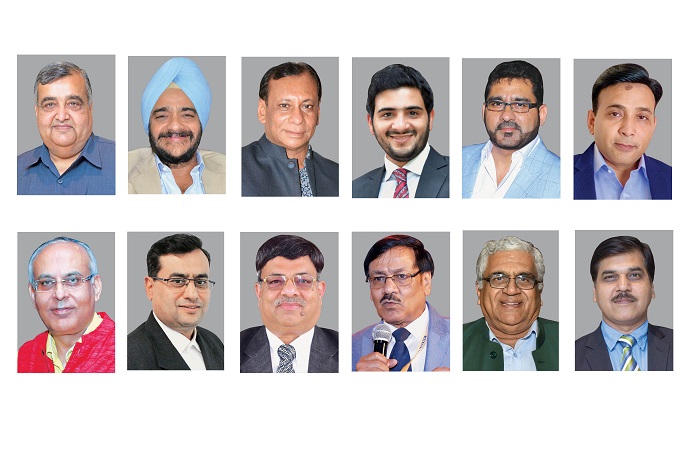 While Union Budget 2020-21 has made some in the travel trade happy, others claim that their demands have not been met and that despite allocating ₹2,500 crore to tourism, the government hasn’t done much for the sector at large. Some pain points this year have been absence of further reduction in GST and of grant of an export status to tourism.

“It’s encouraging that the Finance Minister spoke at length about tourism this time. She made a number of announcements, including a hike in budget for tourism promotion by allocating ₹2500 crore, making 100 more airports operational by 2024 and doubling the aircraft fleet. Most importantly, I am happy that the government announced more Tejas-like trains to iconic tourist destinations, which has been IATO’s demand and is certain to boost tourism. As for road connectivity, introduction of the Chennai-Bengaluru and Delhi-Mumbai expressway will benefit us in the long run.”

“The appeal for further reduction of GST and an infrastructure status for hospitality still remain in the wish list. Neighbouring countries continue to have the advantage of a lower GST, while the Indian hospitality industry remains at a disadvantage. Single-window clearance for hospitality projects remains a pipe dream even as hotels continue to face challenging situations. The only positive lies in the allocation to infrastructure wherein 100 more airports will be developed, roads will be built and new trains and tracks will facilitate connectivity.”

“We welcome the government’s decision to increase the budget for tourism promotion to ₹2500 crore, as well as the allocation of ₹3150 crore for the promotion of culture. Furthermore, a grant of ₹1.7 lakh crore for transport infrastructure would definitely have a positive impact on the tourism sector. That said, hospitality seems to have been neglected once more. Among our demands, the topmost was to bring hotels under the infrastructure status, which has not been considered, nor has it been declared as a priority sector for getting term loans.”

“With the allocation of ₹2500 crore for the travel trade, a crucial path has been paved towards the overall development of the sector. It clearly indicates the government’s vision of propelling the domestic and inbound tourism industry to new heights. Moreover, the new income tax regime is expected to further increase the disposable income, encouraging individuals to pursue travelling. While these decisions will be favourable for the travel trade, a revised structure in airfares and rail ticket fares would have been a further value addition to generate revenues.”

“The Budget is extremely disappointing in terms of outbound travel. The proposed levy of TCS will severely and negatively affect the industry and the government, in its over-reach to increase the tax base, has gone overboard by proposing such a levy which will actually mean the death of the Indian outbound industry. The move further deepens the negative business sentiment in the country and shows that the government is not really serious about improving the health of the economy and has target- ed the travel industry, which is one of the biggest employment generators in the country. ”

“Union budget 2020 was a mixed bag for the tourism industry as whole. We are happy that the government has thought of tourism for mainstream economic development and announced to develop new circuits, investments in infrastructure and increase in marketing budget to ₹2500 crore. TCS on outward remittance will also impact Indian travel and tourism trade negatively, because customers can skip travel professionals to save TCS and buy their travel requirements online from overseas players. This issue needs to be corrected immediately.”

“Initiatives like adding 100 more airports by 2024 under the UDAN scheme will help improve connectivity across the country and be able to cater to the significant growth in number of flyers, thus giving impetus to burgeoning domestic travel. WelcomHeritage, being a heritage hospitality brand, has always supported developments that benefit the cultural heritage of India and by allocating ₹3100 crore to Ministry of Culture, we expect further promotion of India’s vast and rich culture and heritage. The government will also make travel accessible and affordable, thus encouraging growth in this sector. Overall, the Budget is quite satisfactory.”

“Positivity is reflected in this year’s Budget as we see decision makers expanding on the previous budget’s theme of infrastructure advancement and supporting it with an increase in allocation for travel and tourism sector – up from last year by 14.19 per cent. With ₹2,500 crore in funds, year 2020 seems promising for infrastructure and aviation sector as a whole, when considering expected development of 100 more airports by 2024 and with the air fleet to double in the next half-decade. In this Budget, a grander vision certainly appeared to be focused on expanding infrastructure and connectivity.”

“Presently, hoteliers have to run pillar to post in order to obtain the required licences and registrations. In the Union Budget that was recently announced, single-window clearance for licensing should have been introduced to promote ease of doing business in the hospitality industry. Allocation of ₹2500 crore to the tourism industry would definitely help in development of infrastructure, which is the need of the hour. In my opinion, Goods & Services Tax on room tariffs could have been reduced further to encourage more inbound tourism, mainly for FITs.”

“The government has really thought about tourism as an important sector. It is a tool for the generation for employment as well as revenue. The allocation of ₹2500 crore for tourism is a good move. Apart from that, they have talked about airports, land, railways and waterways. They have covered everything that can be a tool for the development of tourism, including 100 airports and doubling aircraft fleet. More trains like Tejas and other high-speed trains would certainly boost tourism within the country. What needs to be done now is to focus on skill development.”

“We are disappointed since there has not been a significant increase in the budget allocated for tourism promotion. Nevertheless, we are delighted that 100 new airports will be developed. I hope some of these are in the far-flung areas of the Himalayas, so that adventure tourism grows. We are also happy that Majuli Island in Assam has been added to the list of iconic sites. I hope that more such sites are included. I expected an announcement on the natural heritage of the country for generating employment opportunities, but would like the state governments to take this forward.”

“The Finance Minister has focused on the importance of tourism and announced measures to boost tourism to India, which is an indication of inclusive growth. She acknowledges the contribution of tourism in the development of India. A budget of ₹2500 crore has been allocated for tourism in 2021, 100 more airports will be built by 2024 under the UDAN scheme and doubling of the aircraft fleet have been announced. A tribal museum is to be set up in Ranchi (Jharkhand) and five archaeological sites are to be developed into ‘iconic’ sites with on-site museums.”