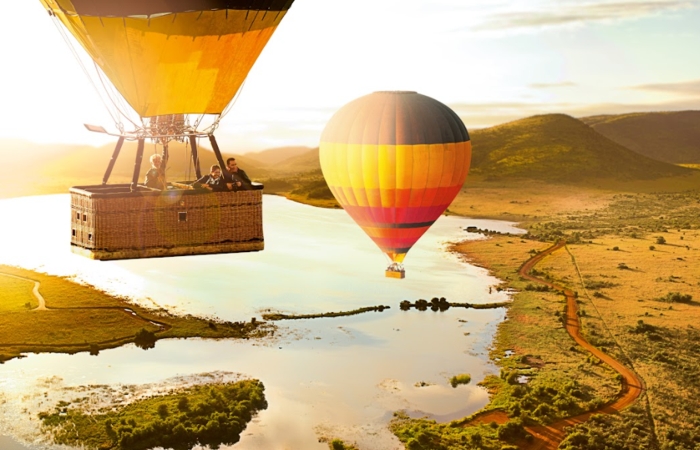 Expecting a change in Indian traveller behavior, South African Tourism is promoting newer regions, going beyond Cape Town, Johannesburg and Durban. A large focus area for the national tourism board will also be to mobilize niche communities in India.

This year, South African Tourism will be specifically targeting niche communities and promoting newer regions. It is therefore looking at introducing newer, customised experiences and itineraries for the FIT traveller segment, while expecting a demand for drivecations and flexible booking dates.

KwaZulu-Natal is home to the Drakensberg mountains in the uKhahlamba-Drakensberg Park, a natural and cultural World Heritage Site, owing to the mountains’ rock art and natural beauty. Travellers can go to Drakensberg during the weekend, to indulge in activities like hiking, biking, hot air ballooning, helicopter rides and horseback riding trips into the mountains.

Inland from the Cape’s famous Garden Route, travellers will find Oudtshoorn – popularly known as the ostrich capital of the world.  The town  is  home  to  several  interesting attractions like Cango Caves with its truly grand stalactite and stalagmite formations and Cango  Wildlife  Ranch, which offers crocodile-cage  dives.

The Big 5 in Limpopo

Known for its huge rivers, splashing hippos and immersive culture, Limpopo is one of the most interesting provinces in South Africa. With seven of South Africa’s 11 official languages being spoken here, travellers stand a good chance of meeting people from a majority of the country’s ethnic groupings. It also houses one of the country’s highest population of rhinos and antelope species.

A slice of history at Port Elizabeth

Port Elizabeth houses South Africa’s third largest national reserve where travellers can watch hundreds of African elephants roam around freely. The Addo National Park also has a thriving marine life and rich flora and offers the only Big 7 safari options in the world.

Chill out at the beautiful Coffee Bay

Nestled within the Wild Coast of the Eastern Cape Province is Coffee Bay – a beautiful coastal town that draws in enormous interest from visitors due to its unspoilt beaches and rich, traditional Xhosa lifestyle. The Coffee Bay is also widely known for the Hole in the Wall, a geographical marvel that amplifies the sound of the waves onto the rock.

Sodwana Bay is located on the east coast of South Africa, in one of the most unique and unspoiled parts of the world. Sodwana’s spectacular coral reefs in a national marine protected area are among the southernmost in the world, and are a scuba diving and snorkeling mecca. Note to all those keen about fishing: game fish abound.

A 90-minute drive from Cape Town, the West Coast is a local favourite for a restorative weekend away. Travellers can hike, explore bike trails through fynbos (small belts of natural shrub land), or visit the icy waters of Langebaan Lagoon for kayaking and sailing. Southern right whales can be viewed between August to November. A visit to the Rainbow Nation would be incomplete without a drive along the Panorama route.

South Africa, with over 3,000 adventure activities, is undoubtedly the adventure capital of the world.

It has been officially named the world’s tallest swing by the Guinness Book of Records since May 2011. The aptly named Big Swing allows you to take the thrilling leap swinging out into a massive 220m arc where you soar into the center of the stadium.

The highest commercial bridge bungee jump in the world at the Bloukrans Bridge has a 216 meter gorge below. It is one of the ultimate activities to feature on any adrenaline seeker’s bucket-list while visiting South Africa. The growing popularity is evident by the fact that 12000 Indians jumped off the Bloukrans Bridge in 2017, making Indians the third-highest participating nationality for the activity.

The 7th Natural Wonder of the World offers a spectacular view of the Mother City with its bustling city life and the blue ocean. Abseiling from the top of Table Mountain gives you a view of the city that you will never see without indulging in the activity. One can also opt for cable car or trek.

Great White Shark spotting is one of the biggest draws to South Africa. A trip to Rainbow Nation is incomplete without attempting the hair-raising shark-cage dive. In fact, Indians are the top 3rd nationality to undertake Shark-cage diving in South Africa. KwaZulu-Natal is often credited as a hub for shark-cage diving, with shark cage-diving outfits operating out of Durban and from the stunning coral reef – Aliwal Shoal.

The highest gorge swing in the world is located on a waterfall cliff in the Oribi Gorge in southern KwaZulu-Natal Province of South Africa. Lowveld is full of adventure highs and Graskop’s gorge swing takes the cake. Prepare to free-fall 68 m!

Whether you like to hike up mountains, along rivers or through valleys, you’re certain to find a perfect route. In Cape Town you’re spoiled for choice when it comes to hikes – take your pick from Table Mountain’s many routes, Lion’s Head’s popular and spectacular trail, walks in the various forests spread out below the mountain and beautiful coastal trails.

A hot air ballooning adventure is a low-anxiety adventure which will take you to an emotional high. And tradition requires that a hot air balloon flight ends with a toast of sparkling wine.

South Africa also offers luxurious helicopter rides. Helicopter flips in Cape Town allow travellers the joy of a bird’s eye-view of the beauty that the Mother City in South Africa is. Take a helicopter flip for a change of scenery and enjoy a view of the entire countryside in a single trip before choosing your drive-to destination.