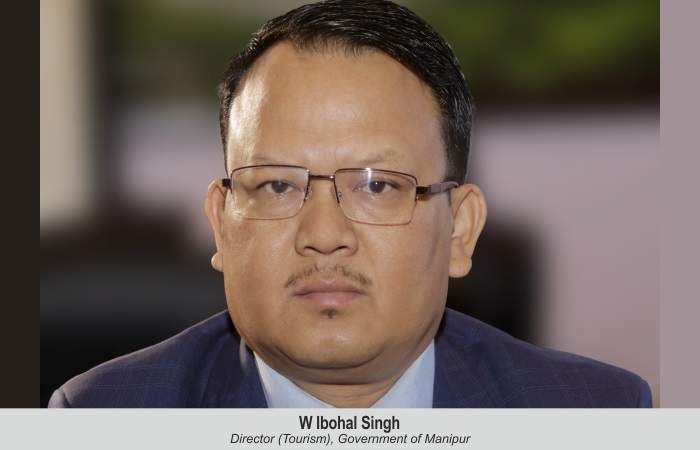 A new destination for domestic as well as international travellers, Manipur has been arming itself with new tourism products to ensure that it gets noticed by the world at large. W Ibohal Singh, Director (Tourism), Government of Manipur, shares more developments.

Has there been a change in strategy for Manipur Tourism for the domestic market given that traveller trends may have seen some changes?

We have been lately expanding our target markets towards the eastern and western parts of India. Our promotional campaigns were initially concentrated in markets like Delhi and Punjab. We have been slowly taking our campaigns to states like Gujarat, Maharashtra, Odisha, Madhya Pradesh and West Bengal. Post COVID, we also plan to connect with our target markets in the south.

How have you engaged with the travel trade over the last year?
We are reaching out to our travel partners who help us market our tourism products to the world. We reached out to the travel trade in Manipur in order to help them, and bring about a symbiotic effort towards a quick recovery of the sector. We took up relief measures in terms of a one-time financial support of `1,00,000 for all tour operators and agencies in the state recognised by the Ministry of Tourism. We plan to continue to support them and also to involve them in our promotional efforts once normalcy is restored.

What are some of the lessons learned in the background of COVID over the past one year?

The past one year has been quite challenging for the tourism industry of Manipur. We were not fully prepared for a crisis of this scale as we have never witnessed a situation like a pandemic before. We believe that it is inevitable for the global travel communities and authorities to come together if we are to bring about a quick and real recovery. We have to stick to protocols for the new normal and replicate and adapt to new practices which have been proved successful in containing the spread of the virus.

Tell us about any new focus on attracting new traveller segments from rest of India.

We have been developing various destinations and circuits over the past few years in order to add new products to our portfolio. We plan to focus on our strengths such as adventure, nature and our cultural heritage while looking to attract travellers from other parts of India. Also, the MICE travel segment and wedding tourism is something we are yet to explore. Moreover, we are taking up several projects to develop tourist attractions like the Dzuko Valley trek in Senapati District, heritage tourism at Yangkhullen Village in Senapati District, eco-tourism at Loktak Lake in Bishnupur District and cave tourism project in Ukhrul District.

What is Manipur Tourism’s main area of focus right now?

Manipur is a new destination to many domestic and international travellers. Our main focus is to attract more travellers to our state through active promotion while leveraging on our strengths. We are also developing infrastructure as well as rural tourism to attract new traveller segments from across the country. We have been encouraging people to develop homestay facilities in their districts and a guideline for establishing homestays was released last year.

Tell us about developing the war tourism site in Manipur.

Manipur has been witness to several battles during the course of its history. The Battle of Khongjom is considered the greatest of all the battles fought during the Anglo-Manipuri War of 1891. It brought to light the valour of the Manipuris and their stand against colonialism. A war memorial has been successfully constructed at Khongjom, Thoubal district, under the Swadesh Darshan scheme of the Ministry. Also, the events that conspired in the state during the course of World War-II makes it all the more important for us to put several war tourism sites on the tourism map of Manipur.