Cricket a living bridge for India-UK 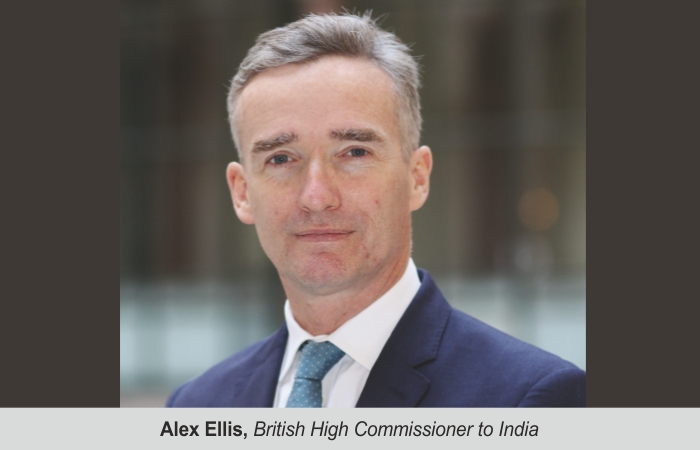 Alex Ellis, British High Commissioner to India and a cricket fanatic, says that the United Kingdom and India share a unique bond that’s perfectly encapsulated in the passion for cricket in the two countries. ‘I’ve played the game all my life and still do. I hope to be a part of the British High Commission team as well,’ he shares.

Alex Ellis believes that there is a living bridge between India and the UK, and that apart from a shared history and trade ties, cricket plays a great deal in maintaining that.

“It was clearly visible with the 100,000 Indian fans who flocked to the UK for the 2019 ICC Cricket World Cup. At the moment, more than 600,000 Indian visitors come to the UK every year (not all for cricket!) but there are huge opportunities to increase that number and tourism will be very important in continuing to further strengthen the people-people links between our two
nations,” he says, adding that 2021 is the year of UK-India cricket with the two teams playing multiple matches in each other’s country.

Coming to how tourism can further strengthen the relationship between the two, Ellis says, “This living bridge is unique between the UK and India. It’s driven by our shared history and a shared presence, and it must be an essential part of our shared future. There are over 1.5 million people of Indian heritage in the UK, which is unmatched by any other country. The relationship between the two countries is strong, but could be much stronger and we can build on what we have already.”

In order to attract more Indians to the UK, he suggests making all parts of the UK attractive to travel to. “It’s great that Indians travel to Scotland, Northern Ireland, as well as to England and travel outside London. This makes me happy because it’s a great country to visit with a beautiful countryside. We need to make sure that the trade ties are thickening, and the investment ties are increasing. The flow of ideas follows the flow of people because we have to deal with some of the greatest challenges in the world, for example climate change and in the short term, COVID-19,” he says.

Sharing a classic example of India and UK joining hands in the fight against COVID-19, Ellis says, “The Serum Institute is producing a large percentage of the world’s vaccines, including the Oxford AstraZeneca vaccine that is a combination of British thinking and Indian manufacturing muscle, and we need to combine these two things in many other areas as well. It’s going to be about growth now. UK has left the European Union, and it has an opportunity with policies under its own control. Changes in immigration policy can make it easier for Indians to come to the UK, especially working students. We see more educational ties, business ties and cultural ties between the two countries, in which cricket is a classic example.”

Ellis also indicates that tourism businesses in India are important to push the message of the UK being ‘the world’s most unexpected island’, adding, “India and the UK have made great strides to make sure that both countries are ready to be more open. I will expect that to happen during 2021. The UK has vaccinated over 20 per cent of its population, and it’s getting down to people between the age of 50 and 60. Hence, I believe that the UK is going to be open for tourism soon. Businesses across the UK are very mindful of people being comfortable and safe, and thus they have signed up for safety standards. Around 41,000 tourism businesses in the UK have signed up for safety standards to make sure that every tourist in the country feels comfortable and safe when they are in the UK. Hence, we need to build back from the extraordinary shock we’ve all had last year and I hope we’ll include holidaying to the UK in that, whether it is to see India playing in the summer at the Lords or other great cricket grounds that we have, or to see the beautiful parts of our country.”