Airline industry will be smaller 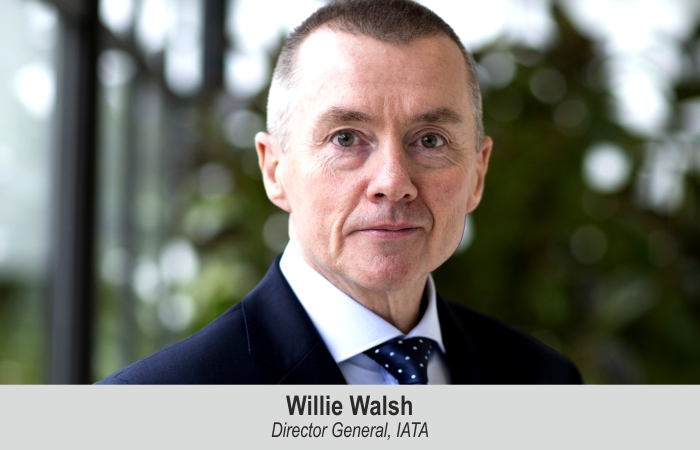 Willie Walsh, Director General, International Air Transport Association (IATA), has said that the global aviation industry will emerge smaller from the COVID-19 crisis, unable to recover all the capacity it enjoyed pre-pandemic, in 2019. He also believes that the sector should remain more cautious in the future.

The pandemic has badly affected the airline industry and as a result, many aircraft either remain grounded or continue operating at very low load factors.

Willie Walsh says that aviation will be a smaller industry. “We are not going to recover all the capacity. They cannot build back up to the scale of 2019. It will be a more cautious industry. I don’t expect to see M&A (merger and acquisition) activity, principally because people will be guarded about the cash they have. It’s just too risky to spend your valuable cash resources trying to acquire something at this stage. It’ll be a smaller, more cautious industry, and I think that caution is justified, because nobody wants to survive this crisis only to fall over when the recovery starts,” he explains.

Walsh added that airlines are more likely to see a cash crunch when they begin ramping up operations. “For some airlines, the cash crunch is ahead of them, because they will face real challenge when they start trying to ramp up because they don’t have the traditional cash reserves that you have from sales in advance of carriage. There’s nobody selling tickets,” he shared.

The Director General also added that the debt of international airlines, which has increased to $220 billion, will continue to increase further as the carriers would continue to shrink and be more cautious. “A lot of costs such as not paying for fuel, salaries of employees and not paying airport charges, etc., have been eliminated. But, all these costs will ramp up very quickly once the aviation sector returns to normalcy. If airlines don’t get the imbalance between cost ramp-up and revenue build-up right, the cash burn is going to be quite significant. Under-capitalised and cash-poor airlines have to be very cautious when they see evidence of recovery,” he added.

And though there will be risk in spending cash for airlines, Walsh believes that there will be consolidation through some airlines shrinking their operations and others failing.“It’s going to take airlines time to repair their balance sheets. They will focus on strengthening their cash position and be in a place to survive what may be a couple of cold winter months ahead,” he said.

IATA has forecast global travel demand to return to 2019 pre-pandemic levels in 2024. Airlines that survive would fill the gaps left by those that fail. However, they would have to be careful how quickly they rebuild, he added. “Airlines are not going to be able to take the risk of operating unprofitable routes in the short term,” he claimed.

Walsh is optimistic about air travel recovery in the second half, especially with the speed with which vaccination programmes are being rolled out in parts of the world. “Most airline executives probably expected to see a recovery starting in the first quarter and certainly, we’re optimistic about a strong second quarter. There are reasons to be optimistic when we looked at the second half. Nearly 70-80 per cent of the population will be fully vaccinated and that really does provide the opportunity.”

The IATA head claimed that there is strong underlining demand, especially in major domestic markets such as China, the US and Europe. However, it is being suppressed by restrictions.

While he said that some restrictions have to be introduced, he requested the governments to not just blindly impose restrictions now as they did last year at the outset of the COVID-19 pandemic. He believes that the crisis has undermined airline business models such as those for regional or low-cost carriers among others. “Nothing has changed the competitive nature of this industry,” Walsh concluded.