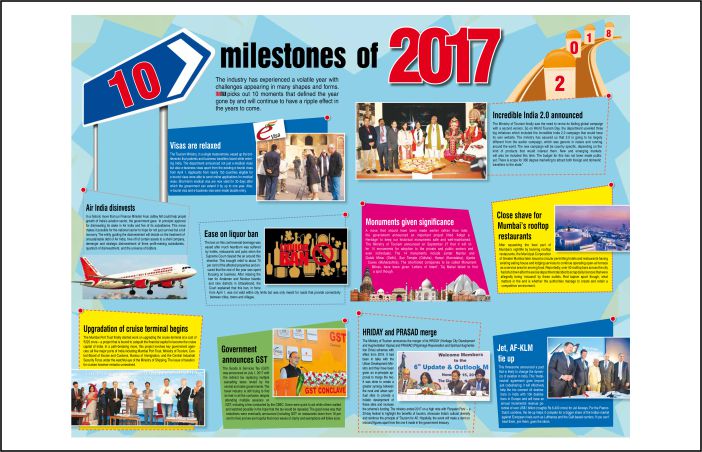 The industry has experienced a volatile year with challenges appearing in many shapes and forms. TRAVTALK picks out 10 moments that defined the year gone by and will continue to have a ripple effect in the years to come. 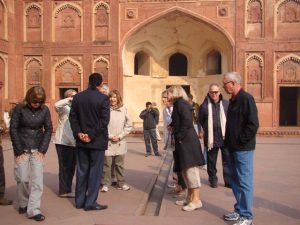 The Tourism Ministry, in a single masterstroke, eased up the bottlenecks that patients and business travellers faced while entering India. The department announced not just e-medical visas but also e-business visas apart from the existing e-tourist visas from April 1. Applicants from nearly 150 countries eligible for e-tourist visas were able to send online applications for medical visas. Short-term medical visa is now valid for 30 days after which the government can extend it by up to one year. Also, e-tourist visa and e-business visa was made double entry.

In a historic move that our Finance Minister Arun Jaitley felt could help propel the growth of India’s aviation sector, the government gave ‘in principle’ approval for disinvesting its stake in Air India and five of its subsidiaries. This move makes it possible for the national carrier to hope for not just survival but a full recovery. The entity guiding the disinvestment will decide on the treatment of unsustainable debt of Air India, hive off of certain assets to a shell company, demerger and strategic disinvestment of three profit-making subsidiaries, quantum of disinvestment, and the universe of bidders. 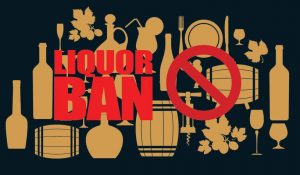 The ban on this controversial beverage was eased after much heartburn was suffered by hotels, restaurants and pubs when the Supreme Court cleared the air around this directive. This brought relief to about 70 per cent of the affected properties and ensured that the rest of the year was spent focusing on business. After relaxing the ban for Andaman and Nicobar Islands and nine districts in Uttarakhand, the Court explained that this ban, in force from April 1, was not valid within city limits but was only meant for roads that provide connectivity between cities, towns and villages.

The Mumbai Port Trust finally started work on upgrading the cruise terminal at a cost of Rs.225 crore – a project that is bound to catapult the financial capital to become the cruise capital of India. In a path-breaking move, this project involves key government agencies: all five major ports of India including Mumbai Port Trust, Ministry of Tourism, Central Board of Excise and Customs, Bureau of Immigration, and the Central Industrial Security Force under the watchful eye of the Ministry of Shipping. The issue of taxation for cruises, however, remains unresolved. 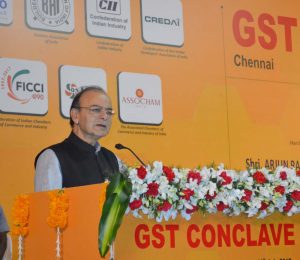 The Goods & Services Tax (GST) was announced on July 1, 2017, with the indirect tax replacing multiple cascading taxes levied by the central and state governments. The travel industry is still trying to find its feet in all the confusion despite attending multiple sessions on GST, including a few conducted by the CBEC. Some were quick to act while others waited and watched possibly in the hope that the tax would be repealed. The good news was that reductions were eventually announced (including GST on restaurants down from 18 per cent to five) and we are hopeful that more waves of clarity and exemptions will follow soon. 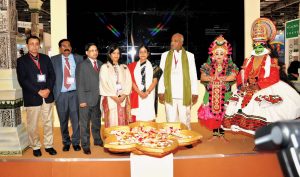 The Ministry of Tourism finally saw the need to revive its flailing global campaign with a second version. So on World Tourism Day, the department unveiled three big initiatives which included the Incredible India 2.0 campaign that would have its own website. The ministry has assured us that 2.0 is going to be largely different from the earlier campaign, which was generic in nature and running around the world. The new campaign will be country specific, depending on the kind of products that would interest them. New and emerging markets will also be included this time. The budget for this has not been made public yet. There is scope for 360 degree marketing to attract both foreign and domestic travellers to the state.”

A move that should have been made earlier rather than later, the government announced an important project titled ‘Adopt a Heritage’ to keep our historical monuments safe and well-maintained. The Ministry of Tourism announced on September 27 that it will offer 14 monuments for adoption to the private and public sectors and even individuals. The 14 monuments include Jantar Mantar and Qutub Minar (Delhi), Sun Temple (Odisha), Hampi (Karnataka), Ajanta Caves (Maharashtra). The shortlisted companies to be called Monument Mitras, have been given ‘Letters of Intent’. Taj Mahal failed to find a spot though. 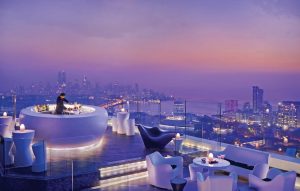 After squashing the best part of Mumbai’s nightlife by banning rooftop restaurants, the Municipal Corporation of Greater Mumbai later issued a circular permitting hotels and restaurants having existing eating house and lodging services to continue operating open-air terrace as a service area for serving food. Reportedly, over 40 rooftop bars across the city had shut down after the excise department decided to scrap daily licences that were allegedly being ‘misused’ by these outlets. Red-tapism apart though, what matters, in the end, is whether the authorities manage to create and retain a competitive environment. 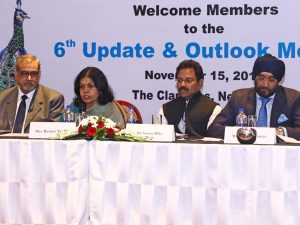 The Ministry of Tourism announces the merger of its HRIDAY (Heritage City Development and Augmentation Yojana) and PRASAD (Pilgrimage Rejuvenation and Spiritual Augmentation Drive) schemes with effect from 2018. It had been in talks with the Urban Development Ministry and they have been given an in-principle approval to merge the two. It was done to create a greater synergy between the rural and urban spiritual sites to provide a holistic development of these sites and increase the scheme’s funding. The ministry ended 2017 on a high note with ‘Paryatan Parv’ – a 20-day festival to highlight the benefits of tourism, showcase India’s cultural diversity and reinforce the principle of ‘Tourism for All’. Hopefully, the event will make a dent on inbound figures apart from the one it made in the government treasury. 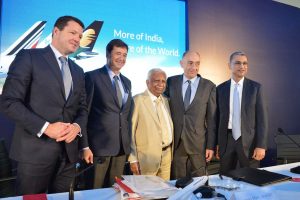 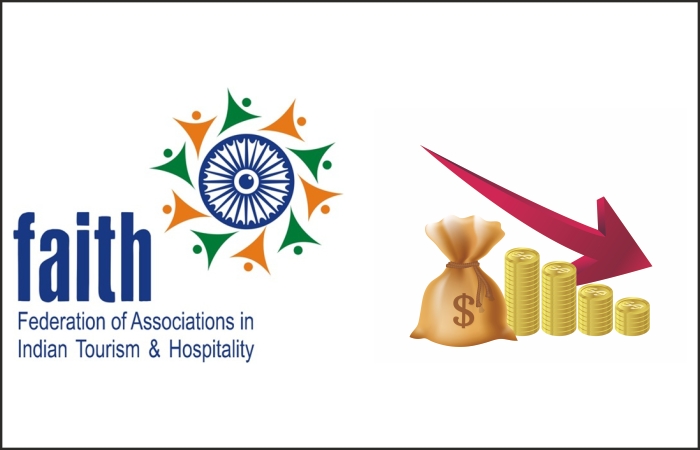 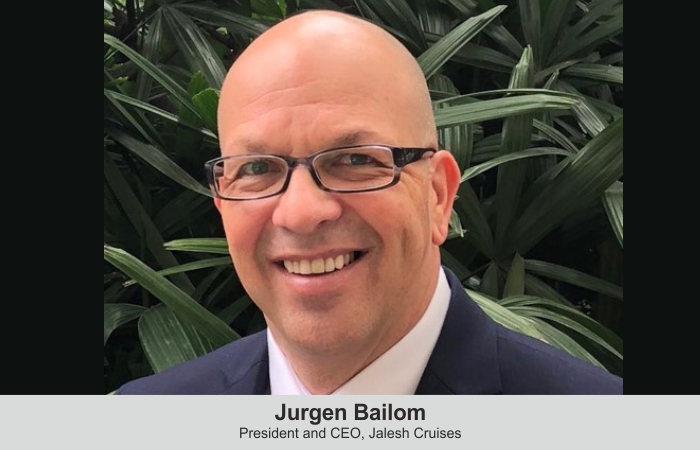 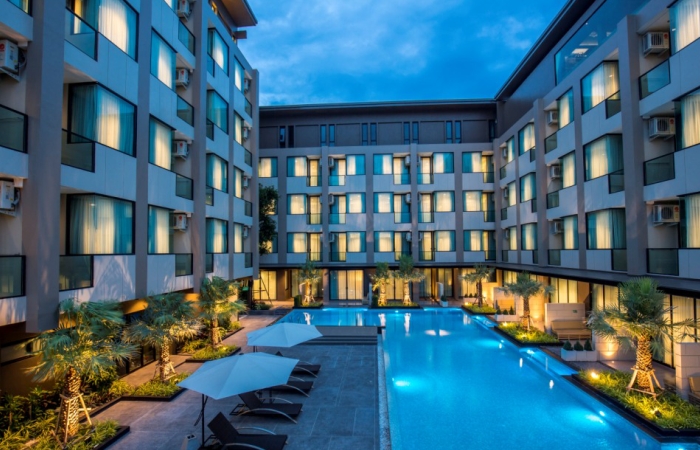 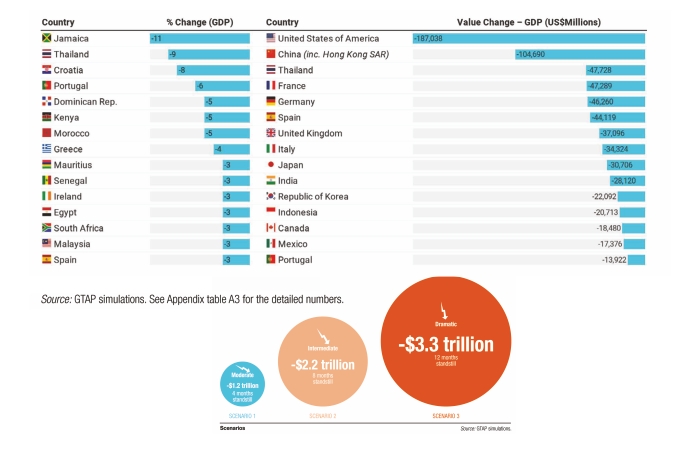 Some sectors could be wiped out

According to United Nations Conference on Trade and Development (UNCTAD), decline in tourist arrivals will …