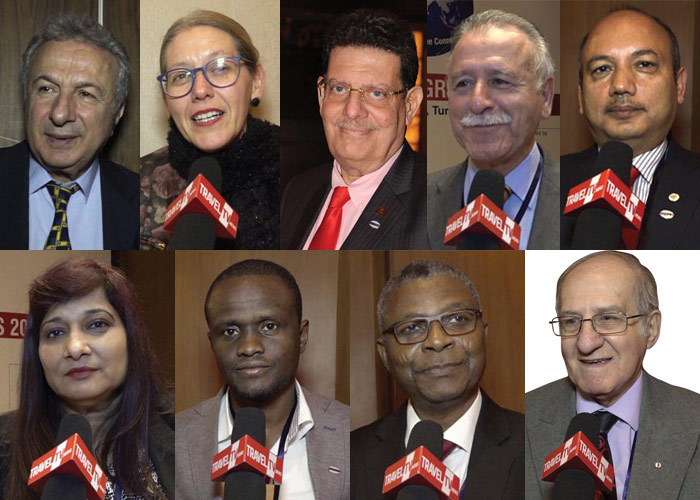 The United Federation of Travel Agents’ Associations (UFTAA) saw members from over 25 countries gather under one roof in Istanbul for its Golden Jubilee Congress. TRAVTALK spoke to the attendees to understand the challenges of the industry and how UFTAA plans to overcome them.

I am glad that we hosted the Golden Jubilee Congress of UFTAA in Istanbul and we saw a cordial and heartfelt atmosphere at the congress. Everybody felt at home and appreciated the hospitality. TURSAB will be heading the newly-formed tourism committee of UFTAA and it’s a great opportunity for us. We have come out of every kind of experience and we are sure that we will contribute to UFTAA’s tourism committee in a good way. Right now, we want to tell everyone around that don’t be scared to travel to Turkey, as tourism is the only way to foster peace.
Basaran Ulusoy, President, Association of Turkish Travel Agencies, TURSAB

This was my first time at UFTAA and I was very impressed. It was interesting to see how passionate the travel agents and their associations were about their representations and their role in the industry. I believe that personalisation can really make a difference as far as travel agents’ business is concerned. Associations like UFTAA play a big role in political and diplomatic talks and concentrate on bringing all the countries together for one achievement, which is peace. Hence, it was a good decision to do the congress in Turkey.
Adriana Miori, Buyer Office Manager and Responsible Incoming Network, TTG Italia

We discussed a lot of topics on tourism, airlines, IATA and several other issues. I wish to state that UFTAA, being a global body, is going to achieve great heights and we at TAAI wish UFTAA all the success. Also, as part of UFTAA, we wish to bring a change with the airline and government scenario. In addition, they have chosen a great location for the Congress despite the socalled unrest here. Such incidents can happen in any country and we should not stop travelling because of that.
Marzban Antia, Vice President, TAAI

UFTAA in its 50th year is growing fast and getting stronger. More associations are joining UFTAA and those who had left are thinking of coming back. The message that should come out of this congress is that we must unite, as this is what makes us stronger, so that when we are talking to our superiors and suppliers, we can talk with one voice as UFTAA, which will be a voice to reckon with. Having the congress in Turkey was a challenge, but despite other offers, we decided on this destination because Turkey has been a good member of UFTAA and a strong partner. We came here to show that we are friends in terms of tourism and show that Istanbul should be back on the tourism map.
Joseph Borg Olivier, Past President, UFTAA

We looked at many critical issues of IATA travel agencies and had the opportunity to meet the head of IATA for Africa and ME region. We expressed our concerns, which are similar in nature and we hope to have some outcome of these deliberations. Coming to Turkey for the congress was a great idea, especially to support one of our important members who has gone through a lot of issues in the last one year. All the heads of travel agent associations are here right now and this would help us to sell this destination to our customers.
Varsha Ramchurn, President, Mauritius Association of IATA Travel Agents (MAITA)

The meetings as well as the Golden Jubilee celebration of UFTAA was very good. I have been attending the UFTAA congresses since 1974, and this is the third time it has been held in Istanbul. Hopefully now, UFTAA will get stronger and larger. Apart from great discussions and networking, we saw members coming together to solve their problems together. We have also invited UFTAA to hold the next year’s congress in Northern Cyprus, and we would love to be the hosting association for the same.
Ahmet Necati Ozkan, Honorary President, Cyprus Turkish Tourism & Travel Agents’ Union

UFTAA is a global organisation, which is appreciated in Africa, and allows us to push the industry in our region to increase our capacity for the airlines as well discuss the main issues we are facing. One of the biggest issues addressed by UFTAA at the congress is New Gen ISS, which is being applied next year. Currently, travel agencies are afraid because it can bring many changes in the industry, especially when they are working hard to increase revenue. I think UFTAA would be a great force to deal with IATA and its new programmes, and in turn help the agencies to be more efficient.
Richard Lohento, CEO, Agence Africaine De Tourisme (AAT)

We had quite a few thrilling moments at the Golden Jubilee Congress of IATA. It was very educative and we shared our problems and information regarding our businesses with members from around the world. It was my first time at an UFTAA congress and it has exceeded my expectations and I feel more involved and feel stronger to be able to defend the rights of my members in Kenya. Also, I agree with the resolution that UFTAA has made regarding the situation in Turkey, as in Kenya we have also faced issues of terrorism and how bad publicity affects tourism in the country.
Nicanor Sabula, CEO, Kenya Association of Travel Agents (KATA)

The participants at the congress discussed how our respective regions could do better with support of UFTAA members. While one focus of all the associations was aviation, which included IATA-related matters, the other one was tourism and MICE related activities. While IATA matters were discussed openly, most members agreed that all such matters should be brought under UFTAA’s notice. For promotion of tourism, UFTAA has taken a huge step in holding the congress in Turkey and had it not been for this event many of us wouldn’t have visited the destination and bust some myths about the issues of safety. Nepal has also been at the receiving end of bad publicity, which did affect tourism, and as members we should all stand up for such destinations.
Madhu Sudan Acharya, President, Nepal Association of Tour & Travel Agents (NATTA) 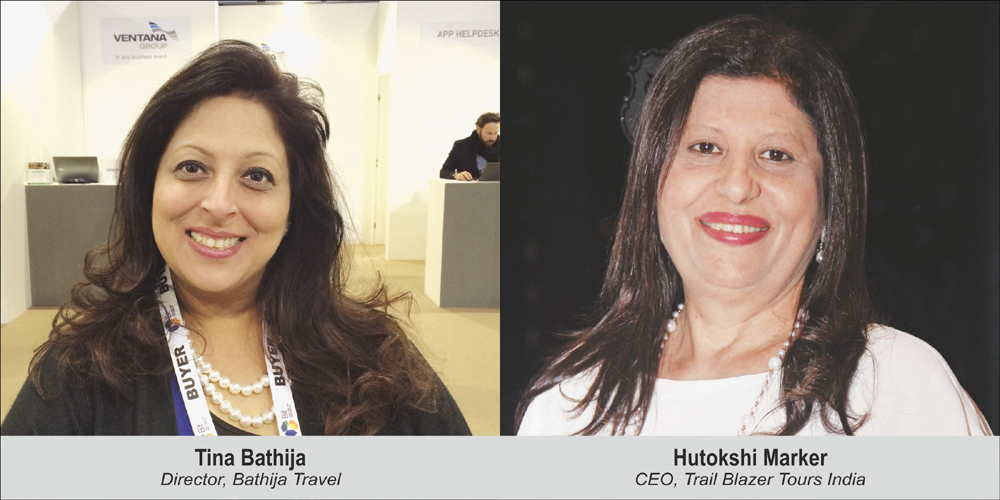 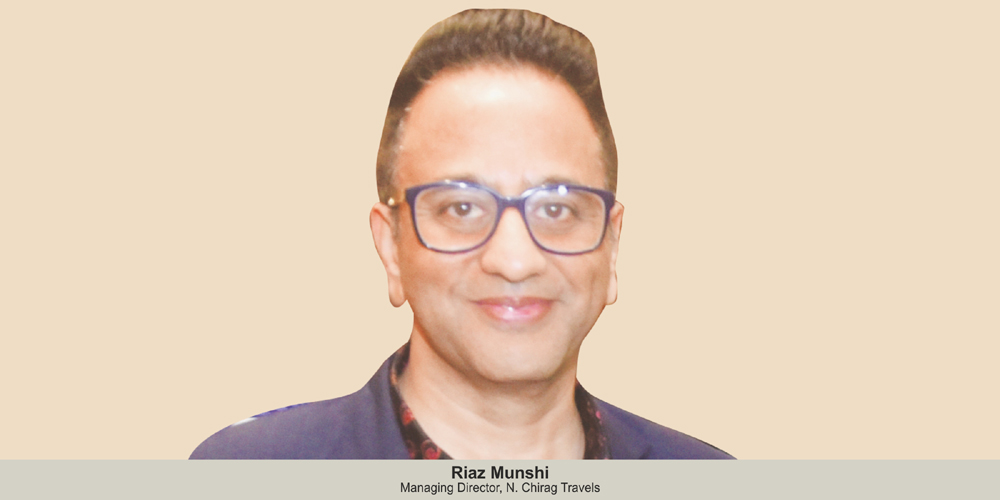 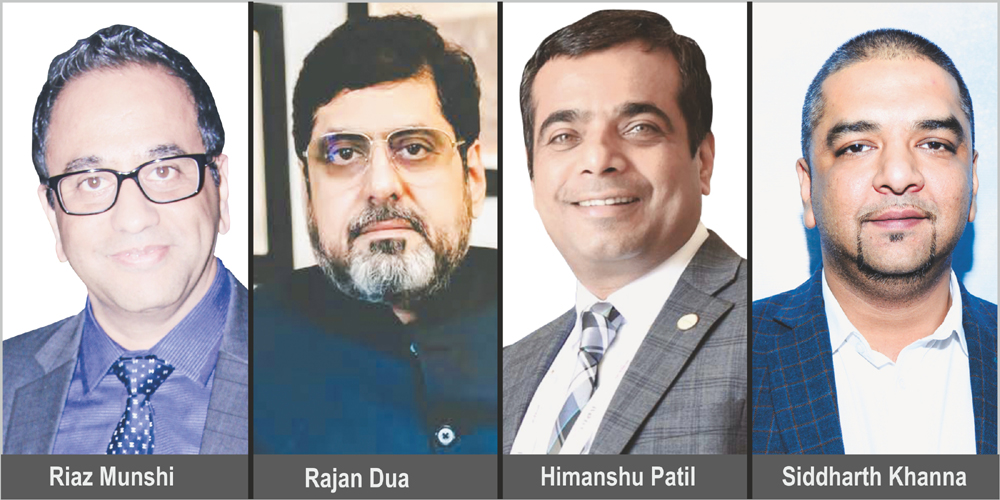 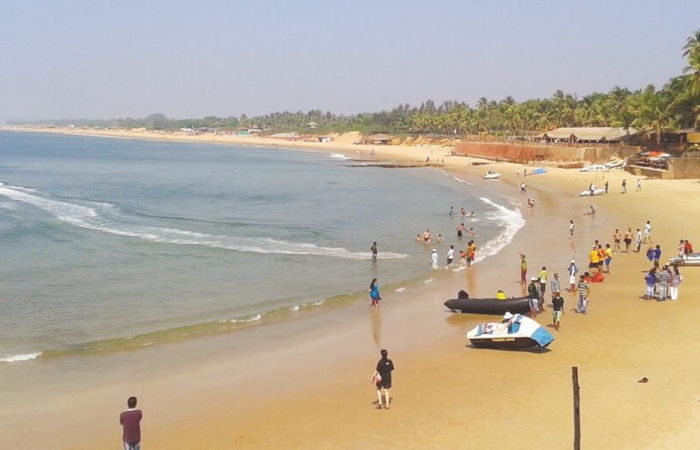