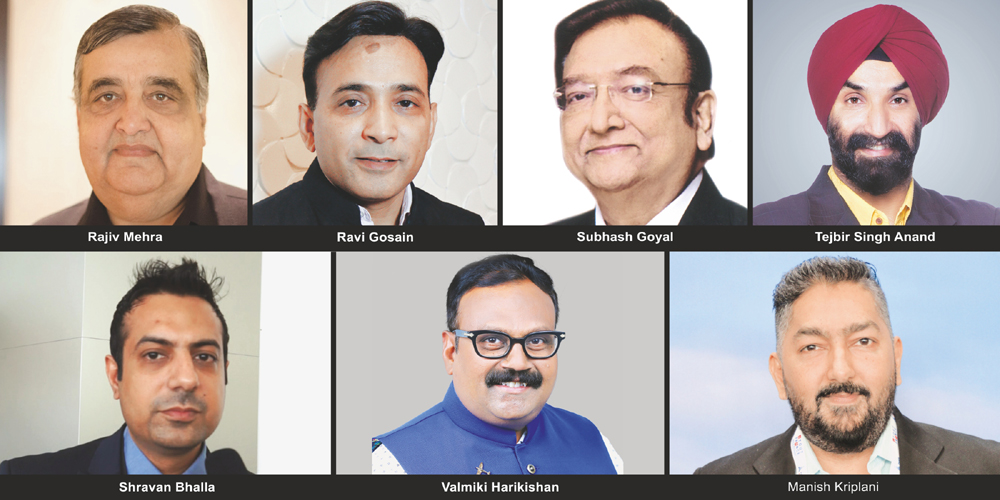 While outbound travel gets costlier and inbound becomes cheaper with the depreciating value of Indian rupee, stakeholders of the travel industry evoke mixed reactions.

The last few months have seen the Indian rupee (INR) depreciating, owing to foreign capital outflows. This is resulting in imports getting costlier and rising inflation in the country, besides reduced returns on investments and costlier international travel. While many say that with other currencies also falling against the US dollar (USD), it will not affect those planning to travel abroad for study or tour, but overall view is that while international travel will get costlier, inbound on the other hand will get cheaper, which is a bittersweet situation for the industry.

Since January 2022, INR has depreciated by about 7.5 per cent against the USD. This is because of the outflow of foreign investments, tight monetary policy by the US Federal Reserve, surging crude oil prices and general dollar strength. However, it has heightened owing to global uncertainties arising out of the Russia-Ukraine war.

Benefit for inbound
Rajiv Mehra, President, IATO, said that if the INR is depreciating for inbound, the product is getting cheaper. “Outbound is becoming expensive as the USD is `80. In India, what we were selling at `70-80, we can give 10 per cent additional benefit to the clients. However, the problem is that we have not been able to benefit out of it, because of very high air fares from Europe, UK, USA to India and no e-visa for UK and Canada. This is hampering things. Once that is removed, then this depreciation will help the inbound because the clients are getting more value, more Indian rupees for their dollar. At the same time, it is bad for outbound travel as well as for imports into the country. But for inbound, it is fine.”

On the other hand, Ravi Gosain, Vice President, IATO, believes that depreciating INR has nothing to do with the tourism volume. “Usually, USD remains between `75 and `80 range. It is more because of inflation that the things are getting expensive, which will make a big difference. Since India is a self-sufficient country and we have many things which we do not import, I do not think it will have a major impact over tourism, and for inbound it is good as whoever comes to India gets more rupees. However, for outbound it is difficult because you will get less dollars to travel outside,” he claimed.

People will travel
Subhash Goyal, Founder Chairman STIC Travel & Air Charter Group, claims that after more than two years of pandemic, people are willing to travel. “Falling value of rupee is good for inbound, and for outbound things are becoming expensive. However, people who have a bucket list to travel, will travel for sure, but instead of spending 10 days at a destination, they will spend five or six days, as they would like to see the destination. So, instead of staying in a five-star hotel, they stay in a 4-star hotel. Whatever the budget is, they will adjust their travel needs according to that. The travel bug has now caught the Indian traveller and he wants to travel despite the visas getting difficult. However, families or couples who would usually go abroad, and if they did not have a Schengen visa or UK visa, they have chosen luxury destinations in India and domestic tourism to Kashmir and to many other places was booming just because of the need or an instinct of the person to travel,” he said.

Blessing in disguise
Tejbir Singh Anand, MD, Holiday Moods and EC Member, ATOAI, also believes that it is a benefit, when it comes to regulating mass tourism. “As outbound travel starts getting expensive, mass tourism is getting hit, whereas niche tourism or tourism to places that are far-flung or for people who have a different thought process, would not bother much. Since we do not promote mass tourism and are not willing to send people to a country, which already has many people going in. Thus, the depreciating rupee and outbound getting expensive does not affect us much. Our clients do not think much about it because they are all from the niche travel segment and mostly business travellers. Even if they are economy travellers, they are going to do something extraordinary to bring them back in their memory book. For them, it does not make a difference if the trip gets expensive by another `5,000-15,000, and I agree with them, if the priority is to do something extraordinary,” he said.

A temporary phase
Shravan Bhalla, General Secretary, OTOAI, also agrees that the increase or decrease of rupee plays a big role when it comes to holiday travellers, MICE, destination weddings, and social event travellers as the currency used is not INR but their local currency. “Rupee value declining certainly affects their budgets. Currently, we see a lot of international student travel and business travel happening. However, this will not affect their travel, as they have a purpose or specific date to travel irrespective of rupee value. While we have not seen a major side of cancellation as clients are now well prepared, but clients with flexibility with dates do consider the time period when the costing goes slightly cheaper than the preferred dates. We believe it is a temporary phase and rupee should get stronger soon enabling agents to offer much more lucrative travel offers to their customers,” he said.

Disruptions due to COVID
Valmiki Harikishan, Valmiki Travel & Tourism Solutions and Chairman, Tourism Committee, FTCCI Tourism Committee, said, “We are suffering from COVID disruptions with high rate of 40-50 per cent hike in hotel and flight tariffs. On top of that, with the dollar going high and rupee going down, it is further pinching the pocket of a customer and hence outbound travel is getting badly affected. When compared with domestic travel, the latter is on a rise. Earlier even middle class or lower middle class could afford a trip to Sri Lanka at least, but now with the way rupee value is being depreciated, along with post pandemic disruption, hotel rates have gone up, which is killing the planning direction of travel. On top of that, there are other challenges. We travel agents or tour operators have been waiting for business to start. When the business started, we could not enjoy the business or encash the businesses because of these challenges. One challenge is rupee value going down, which has resulted in tariffs going up. Outbound travel is mostly measured in the dollar component. Thus, when I want to pay package cost in dollars, I end up paying huge INR conversion. While people are still prepared to travel, it is really disturbing for both agent and customer,” he claimed.

Another point he made was that owing to these changes in rupee value, some customers are changing destinations and others are preferring to travel within India, where the difference will not affect much. “Domestic travel is increasing. In fact, international penalties must be paid in dollars, especially since the visas are not coming on time. Thus, on cancellation, the penalties are huge because the conversion rate is so high, and Indians have the habit of calculating dollars or euros into INR. At the same time, there is no disruption in student traffic, which is recession free industry. However, when it comes to tourism or leisure travel, they are willing to postpone, especially to avoid penalties in case of not getting visa on time, which is getting delayed a lot these days. Overall, depreciating rupee is not at all a good sign for outbound travel,” he said.

No impact on luxury travel
Manish Kriplani, MD, Baywatch Travels, who caters to super luxury travellers, claims that packages are getting expensive. “Even a rupee up or down makes a huge difference. However, frankly it has not made a direct impact on the number of travellers, as all are on the edge of the seat and want to take off. They would reduce the number of days, or the level of services required. Overall, it has stopped people from travelling, but yes it has impacted the cost of the package, which they complain about. Since most of our clients are very high-end, they may not cancel, but would reduce a day or two, just to find a balance. The airfare sky-rocketing and declining value of rupee has made travel expensive, which is nothing close to pre-COVID, but still the number of travellers is 130 per cent of pre-COVID level. Thus, it seems travellers have accepted this and understand that there is no choice. I feel this will go on for another one year as there are many factors affecting the entire scenario and pushing the rates higher than usual, like limited flights, crude oil price and geopolitical issues like war,” he said. 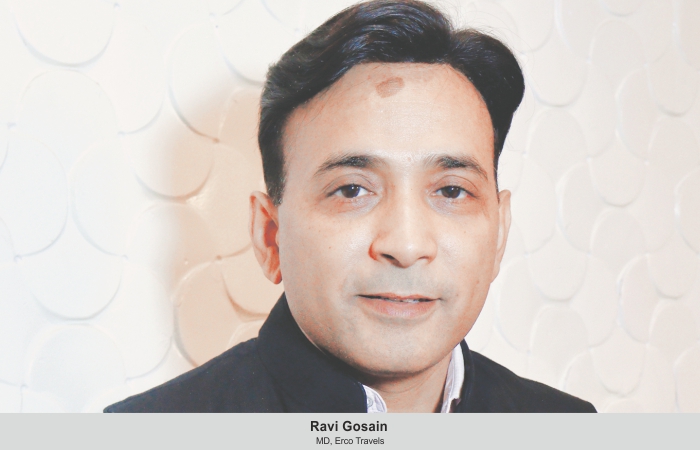 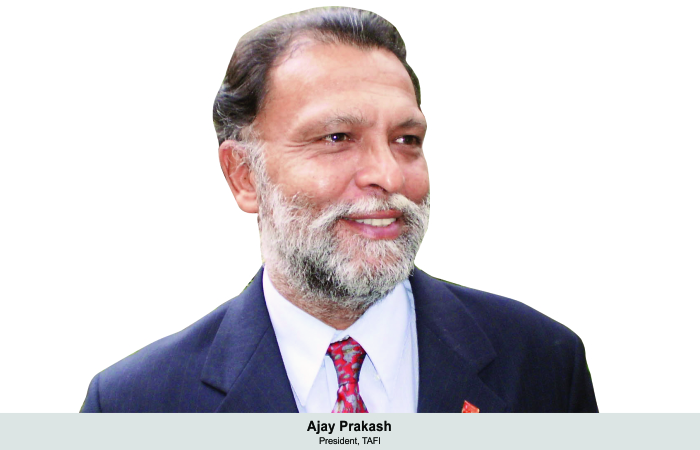 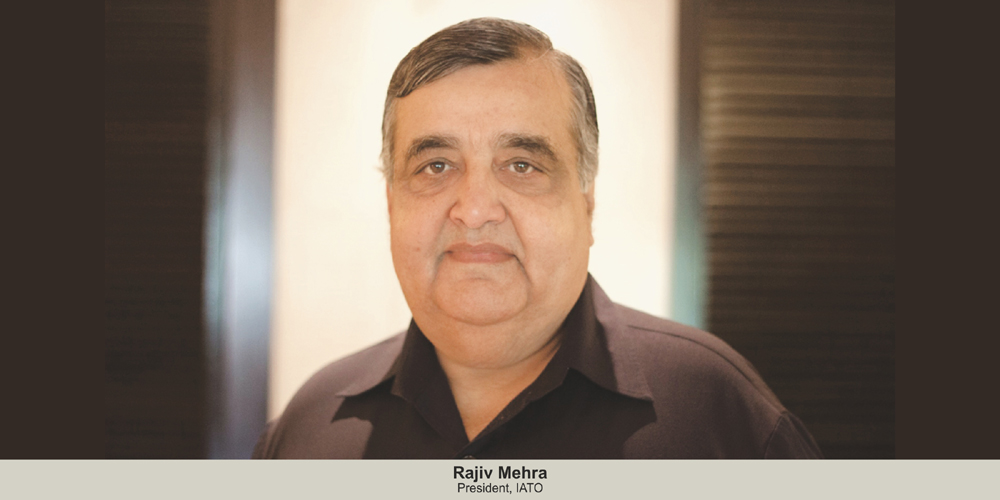 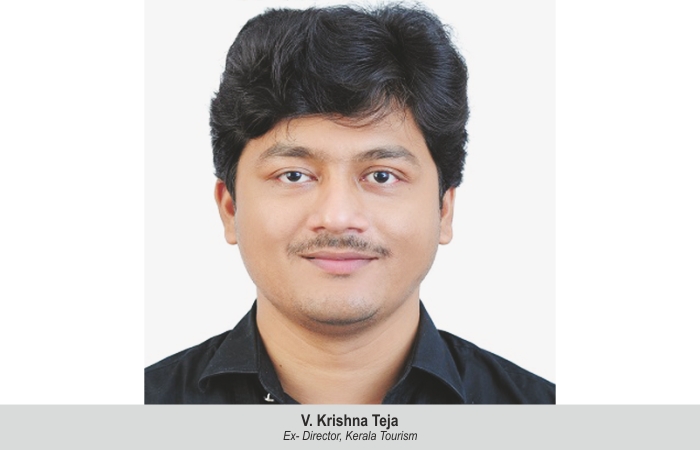 During the pandemic, like many other tourism destinations, Kerala Tourism was also hit badly. However, …